Perhaps the most written about yacht in history, the legendary CHRISTINA O has witnessed some of the most iconic events over the last century. From serving in World War II at the D-Day Landings to hosting the world’s most influential people during Onassis’ glorious years.

Today available for charter, she remains the perfect setting for world-class entertaining, offering a unique opportunity to cruise in style and comfort. 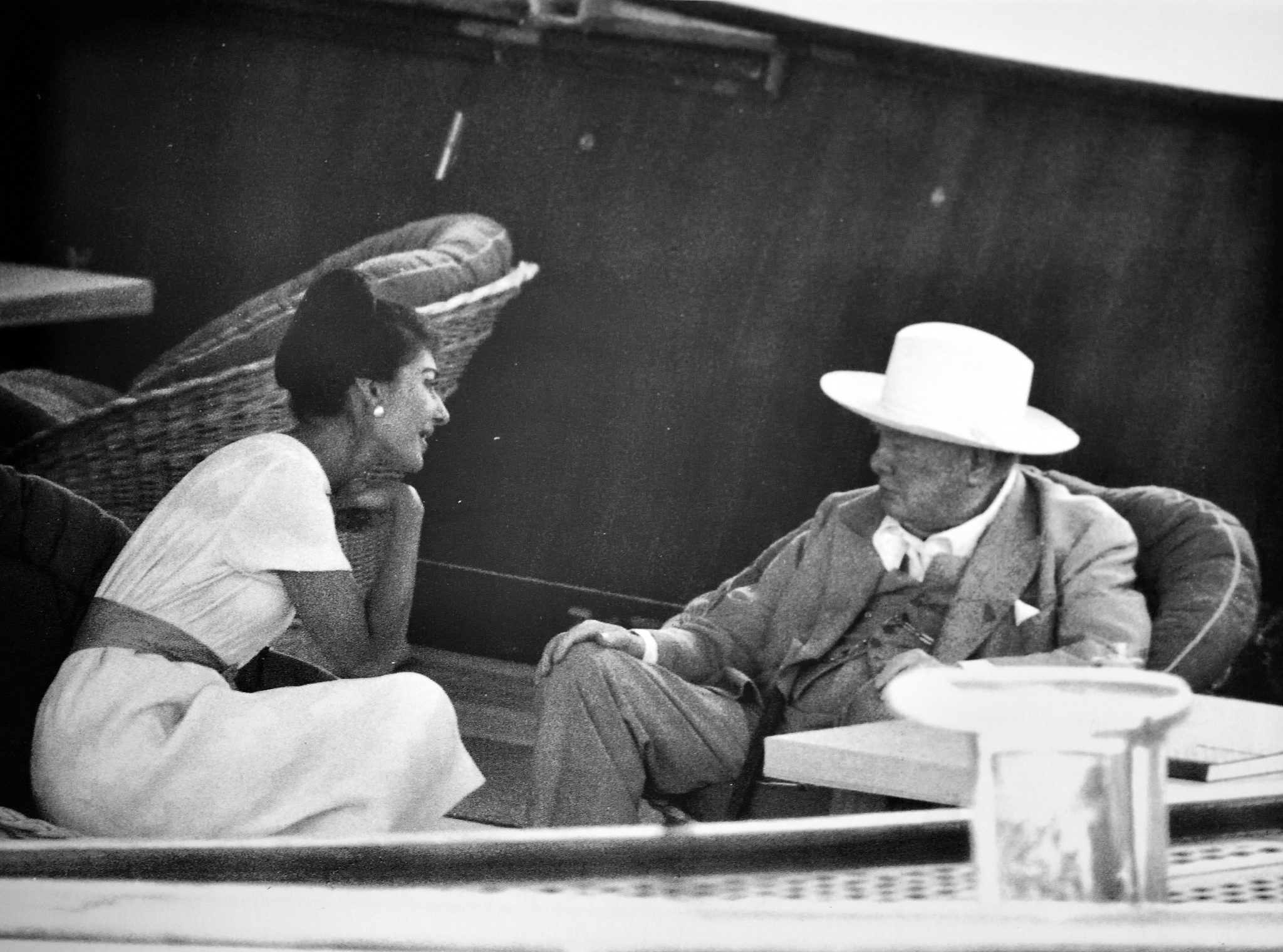 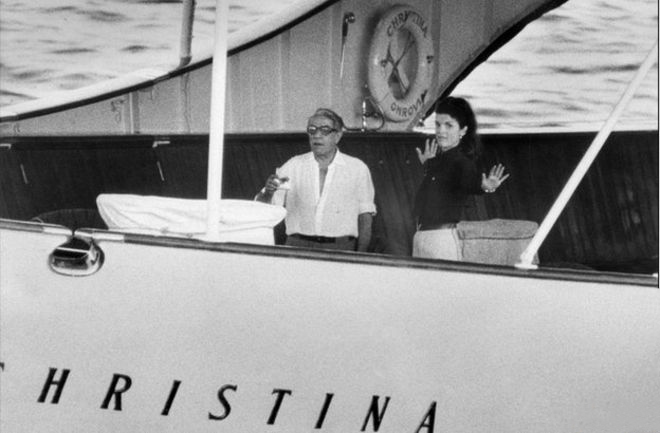 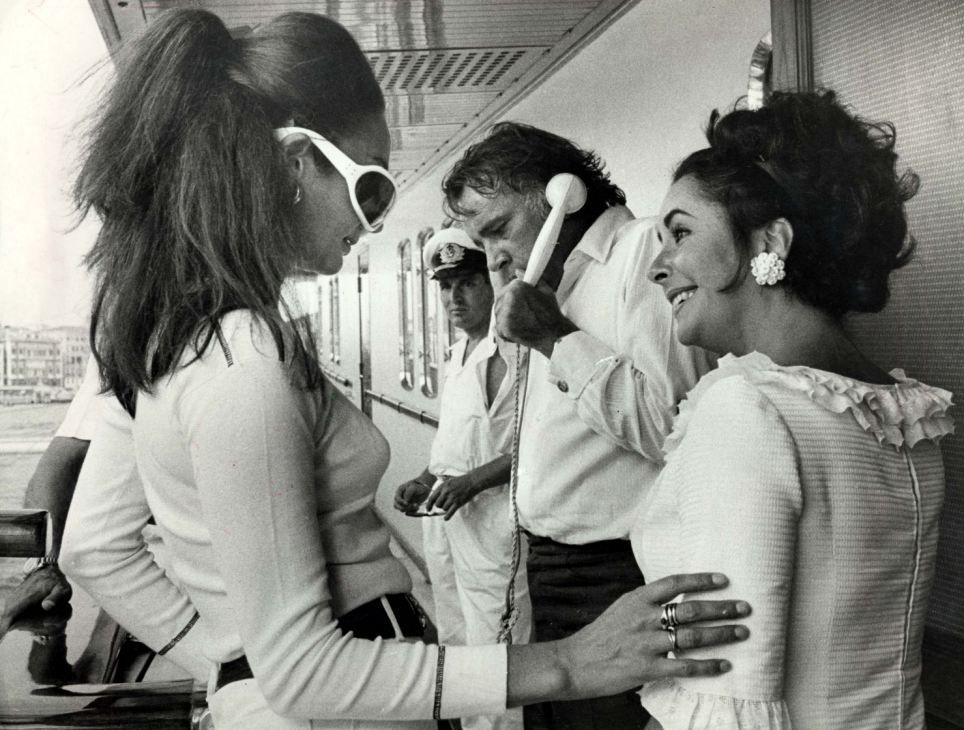 In 1954, Greek shipping magnate Aristotle Onassis acquired for scrap value a Canadian frigate that had seen action in Normandy during World War II.
Even in today’s world, her 325 feet in length turn heads, so imagine the astonishment 60 years ago when he decided to rebuild and renovate her, turning her into one of the world’s most famous superyachts.

Christina, christened in honor of his daughter, or CHRISTINA O as she is known today, wined and dined world leaders, Hollywood elite and numerous other dignitaries for nearly two decades under his ownership.
Winston Churchill, John Fitzgerald Kennedy, ballerina Margot Fonteyn, John Wayne, Maria Callas and Marilyn Monroe were all guests on the yacht over the years and the wedding reception of Monaco’s Prince Rainier and Grace Kelly was held on board.

Upon Onassis’ death in 1975, CHRISTINA O passed to the Greek government, for use as a presidential yacht. Unfortunately, the government could not keep up with the maintenance costs for very long. CHRISTINA O deteriorated for years, until the late 1990s, when a team stepped in to rescue her.

Today, after many refits and continuous improvements, you can walk on the same decks and in the same rooms, meticulously restored, as Richard Burton and Elisabeth Taylor as well as all those other famous guests. You can relax in one of the Hollywood couple’s favorite places, in front of the lapis lazuli-fronted fireplace, in the main deck’s Lapis Lounge, while Maria Callas’ opera notes still play in the Callas Lounge. 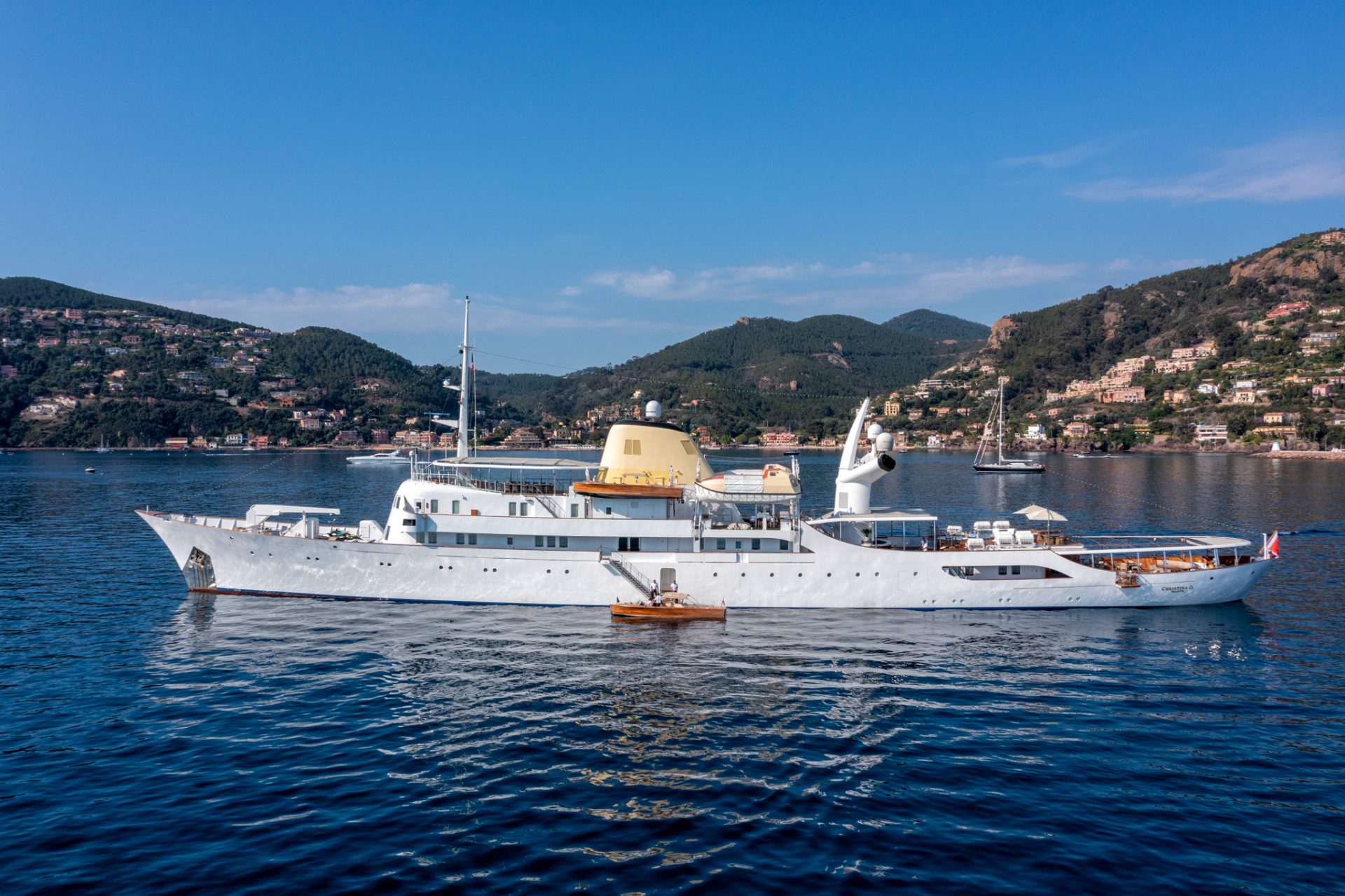 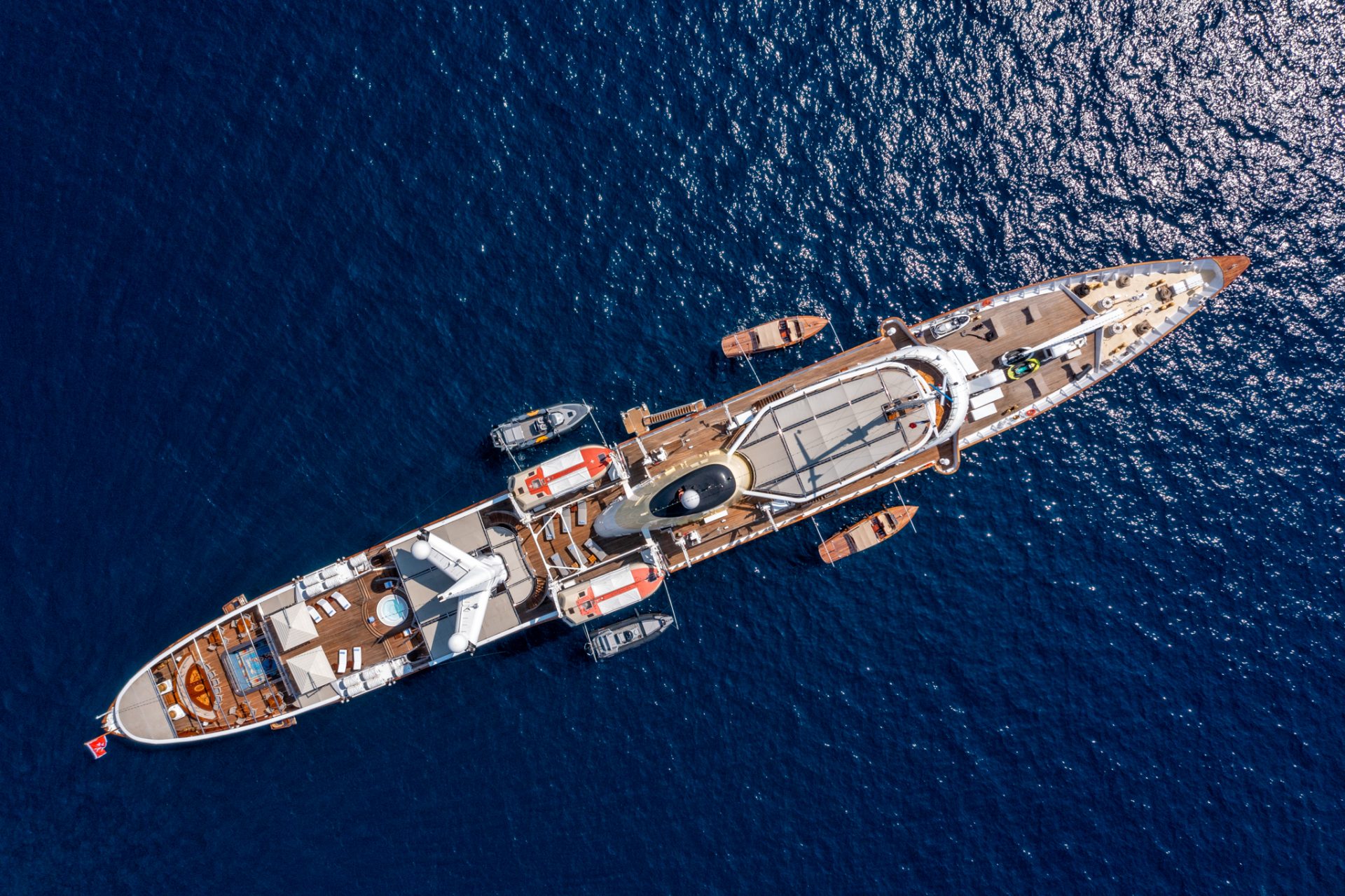 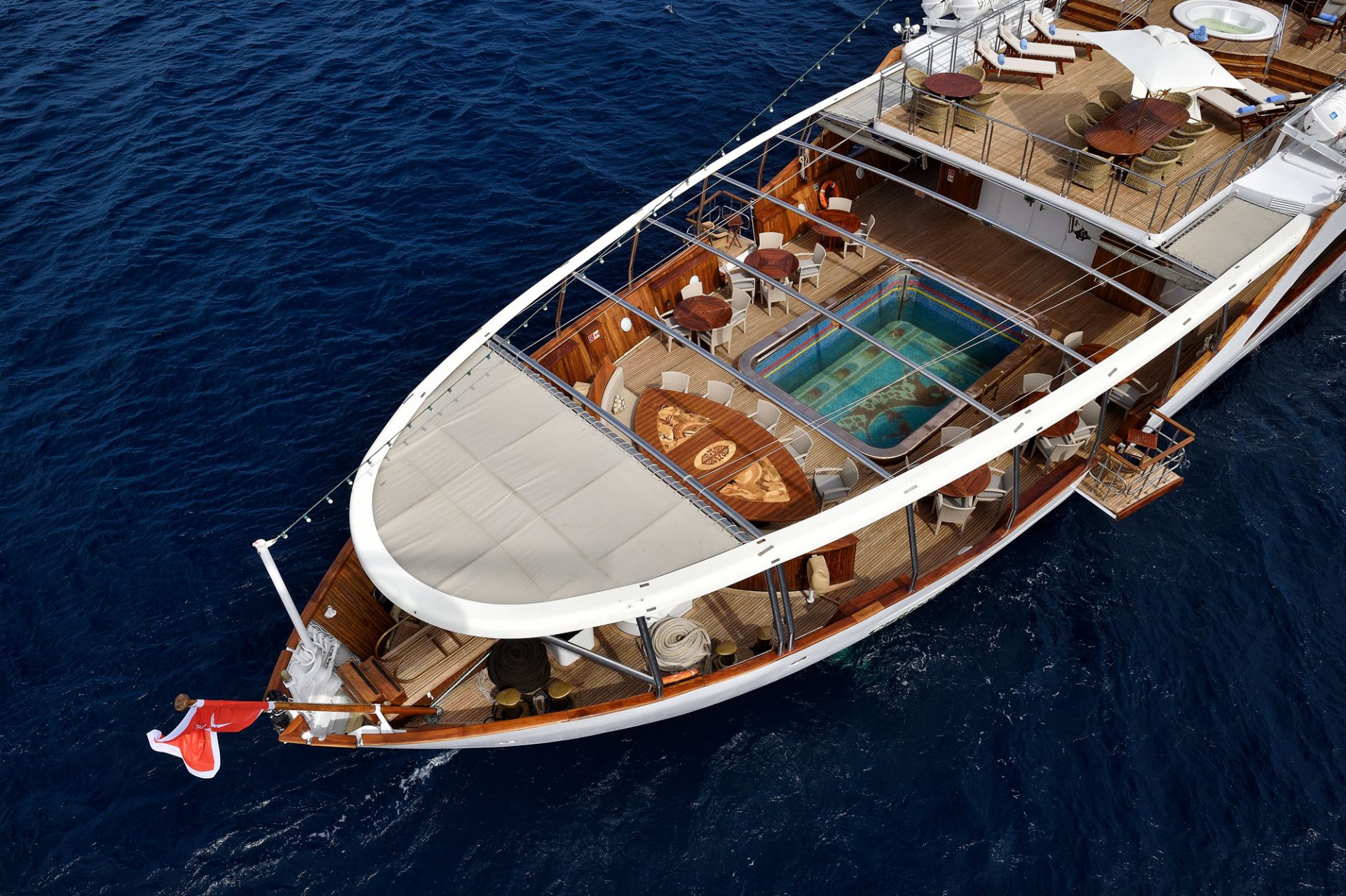 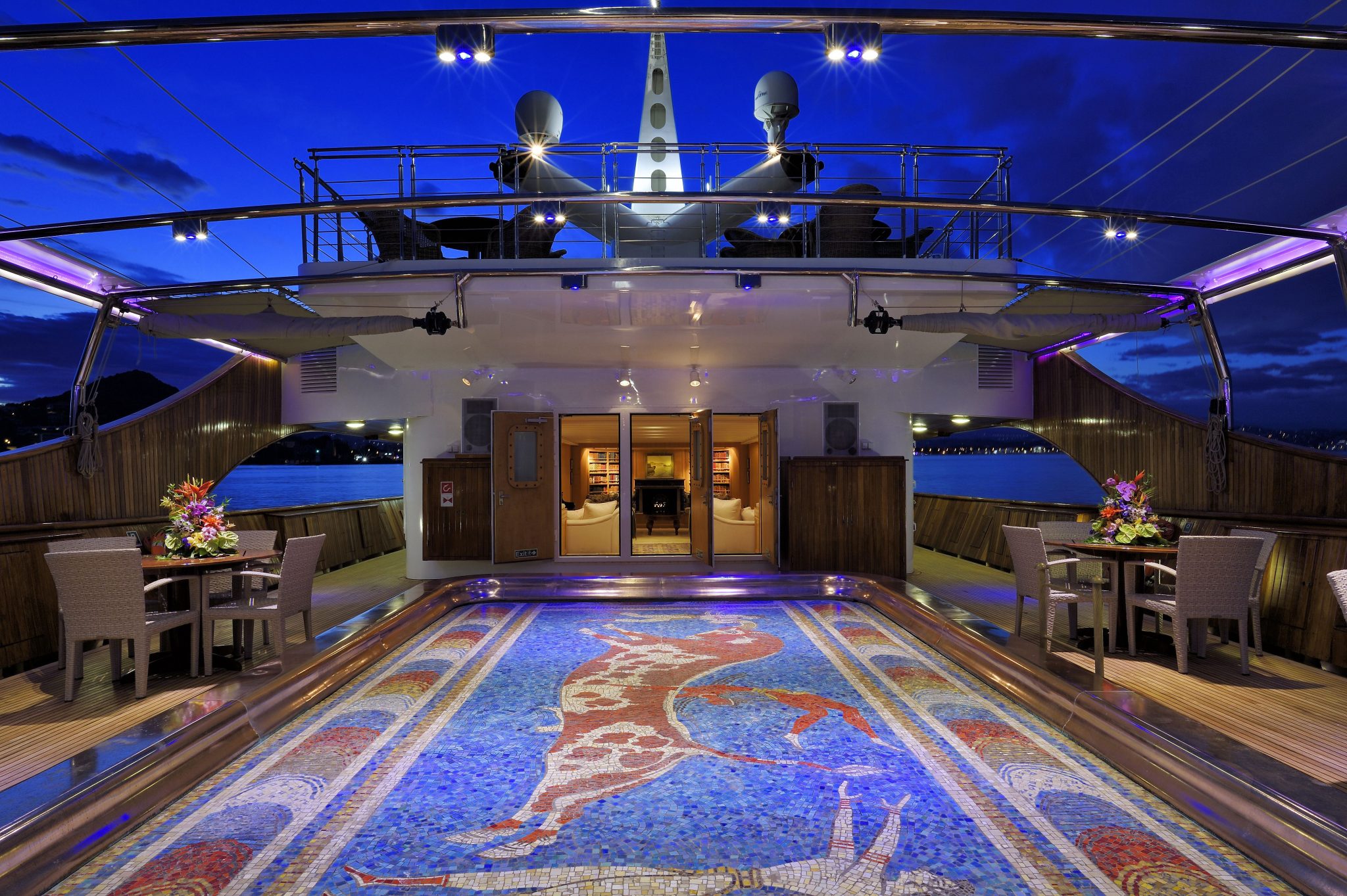 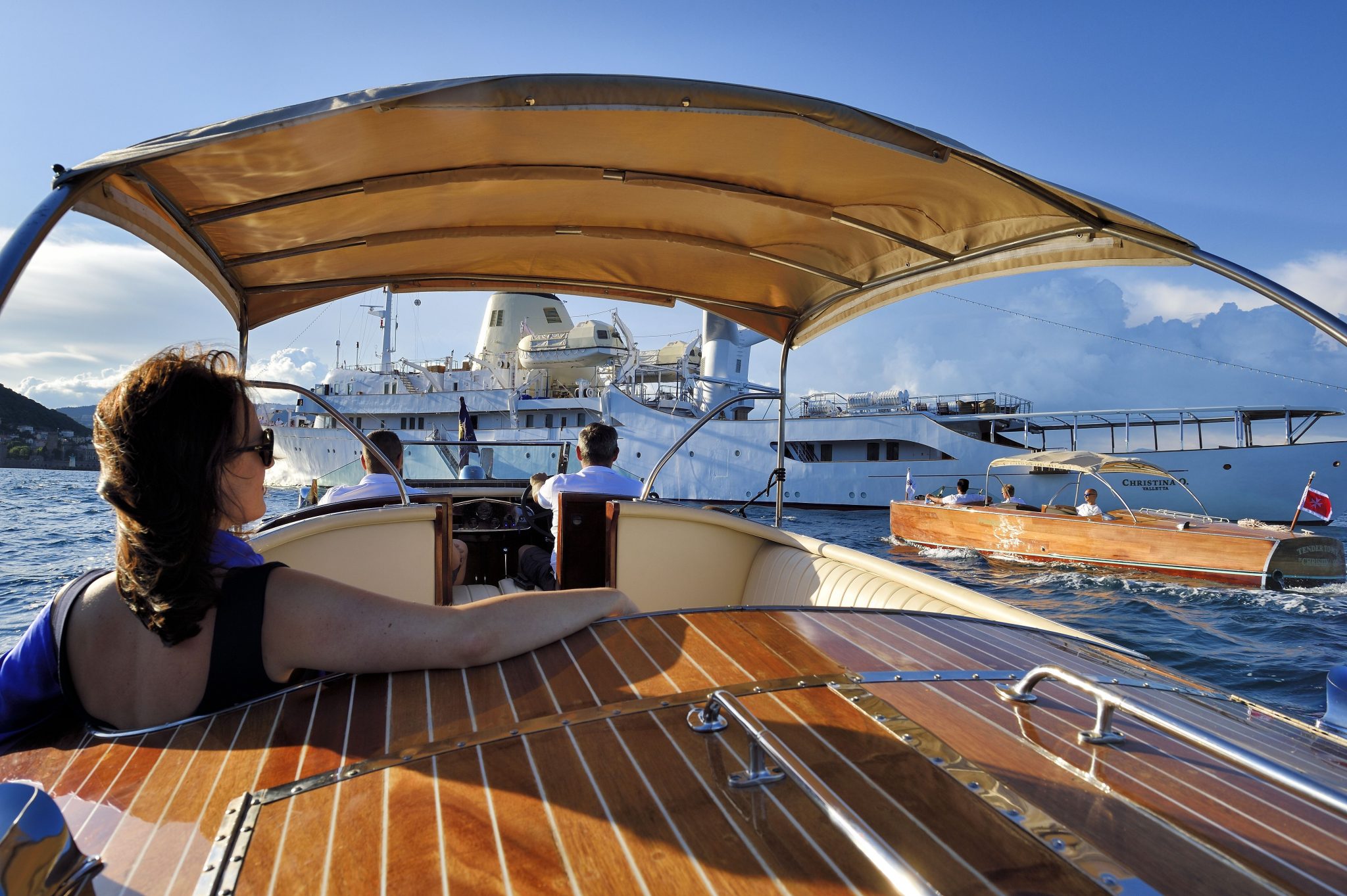 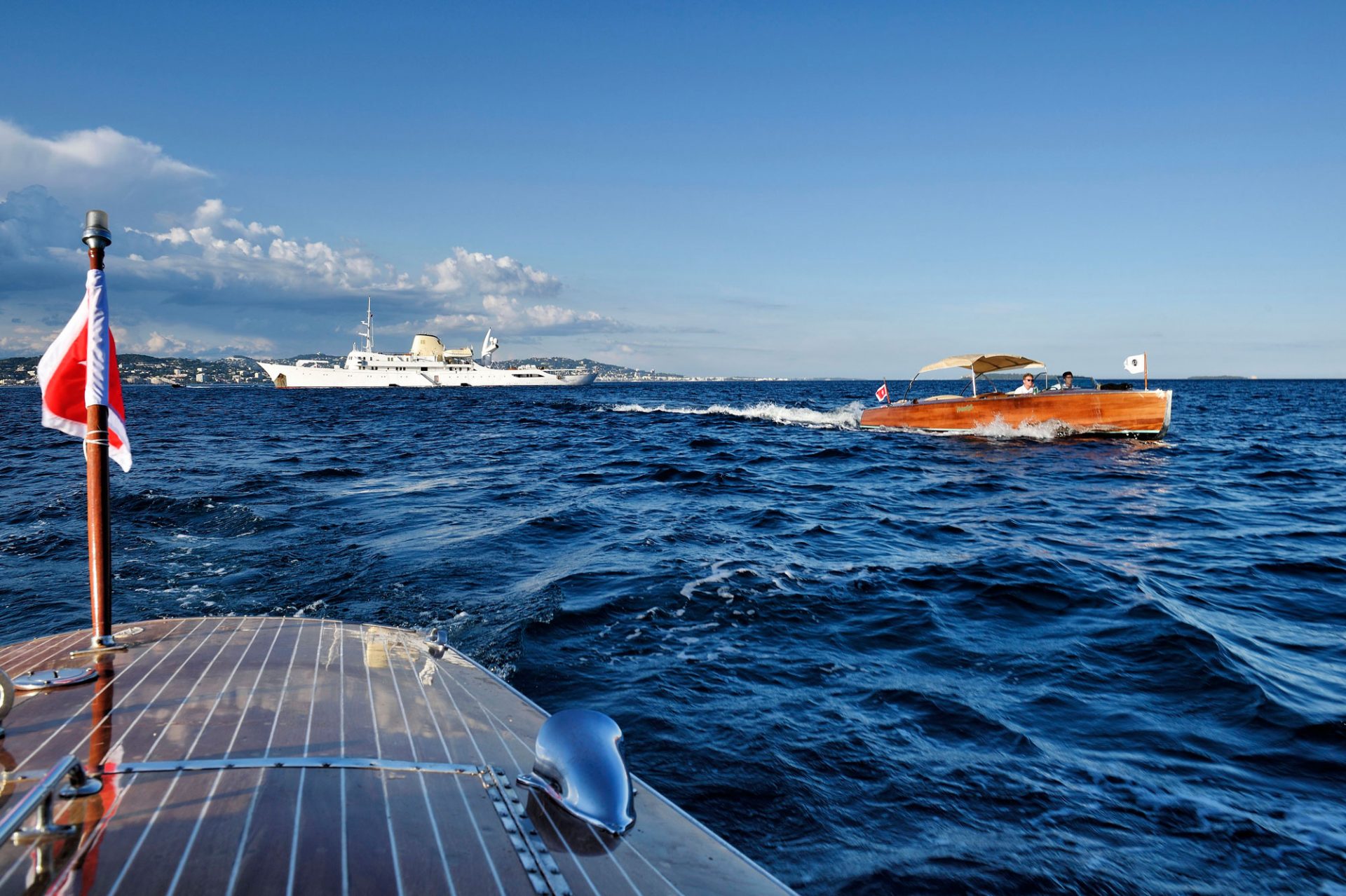 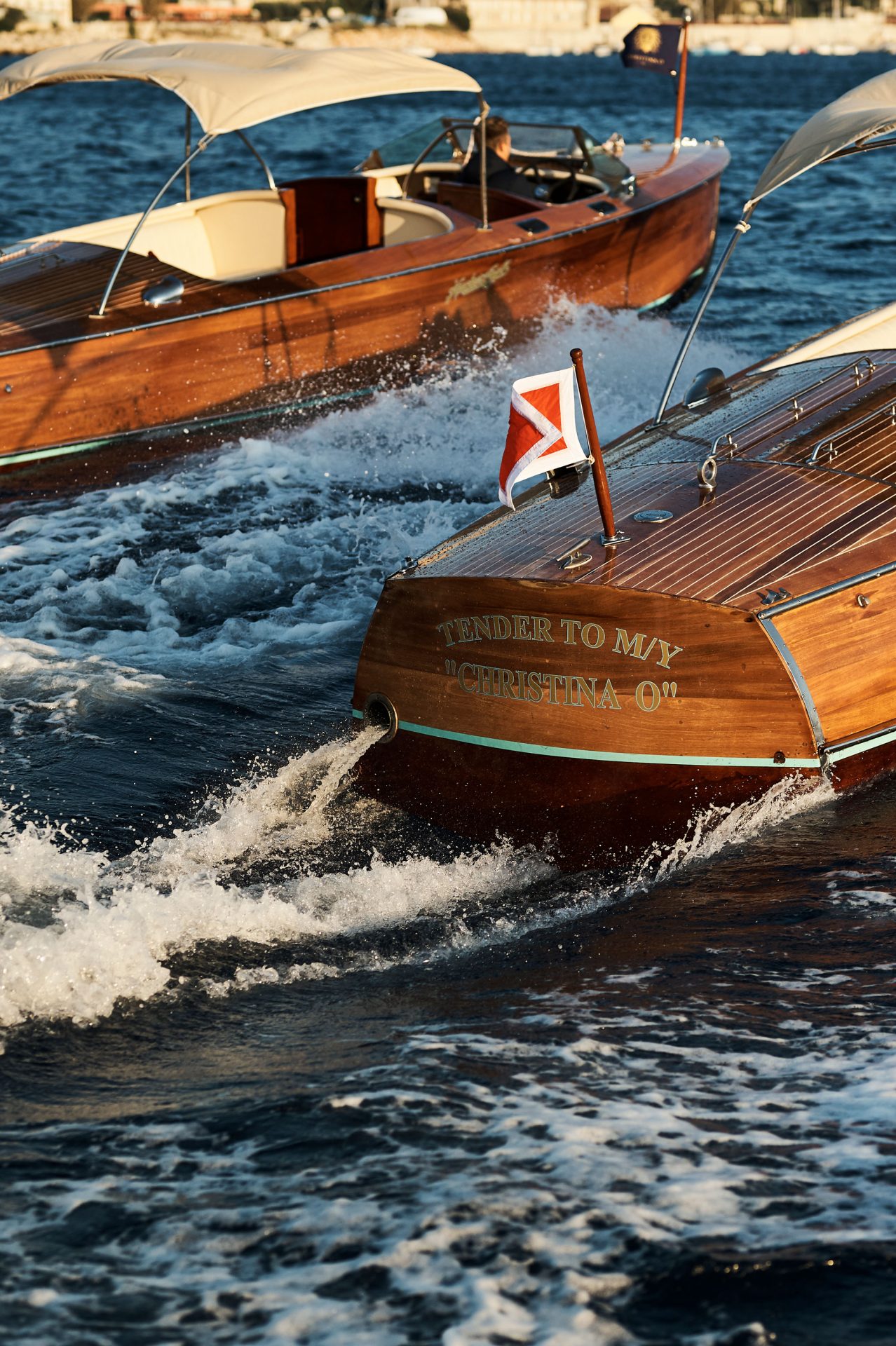 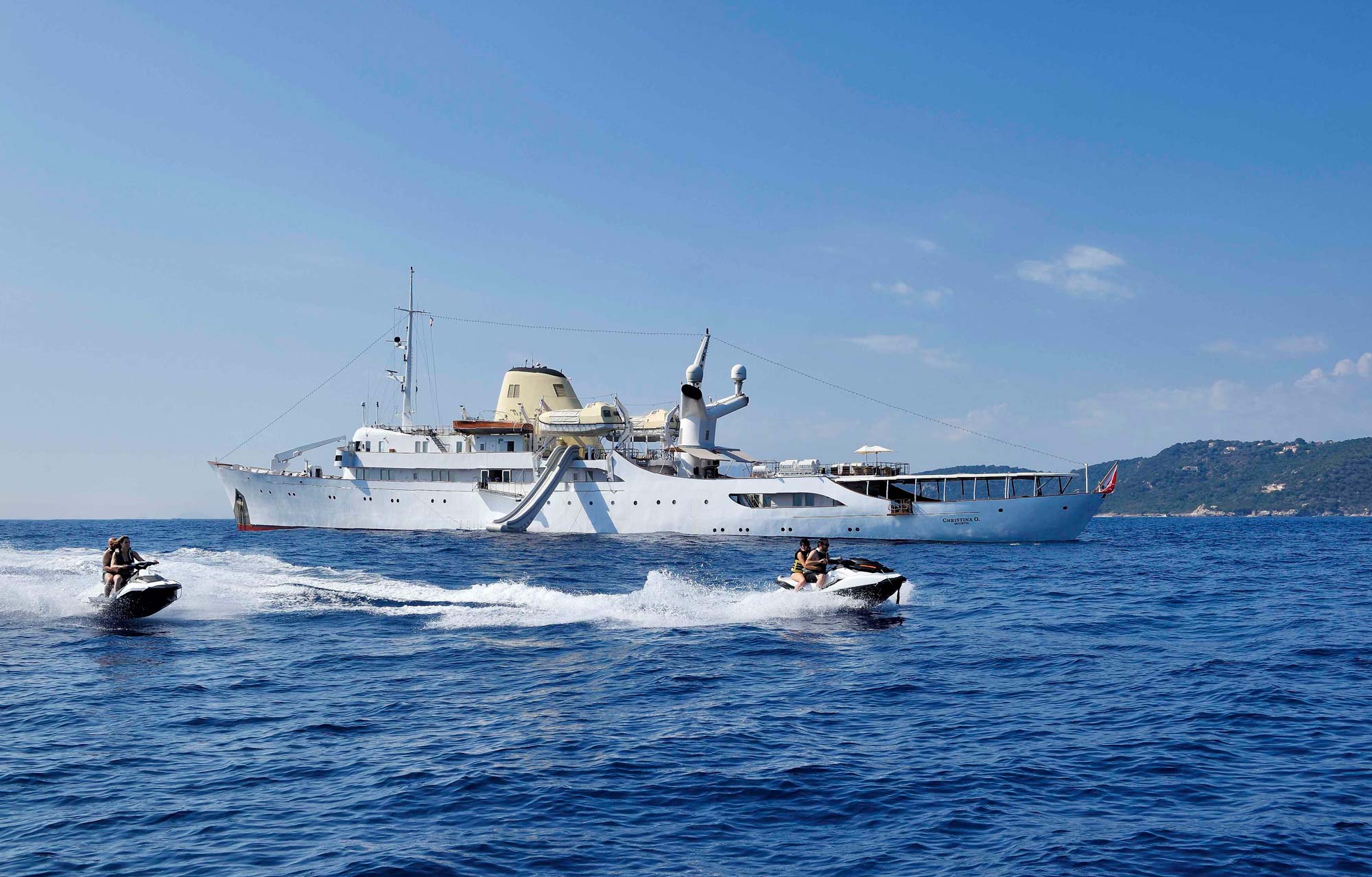 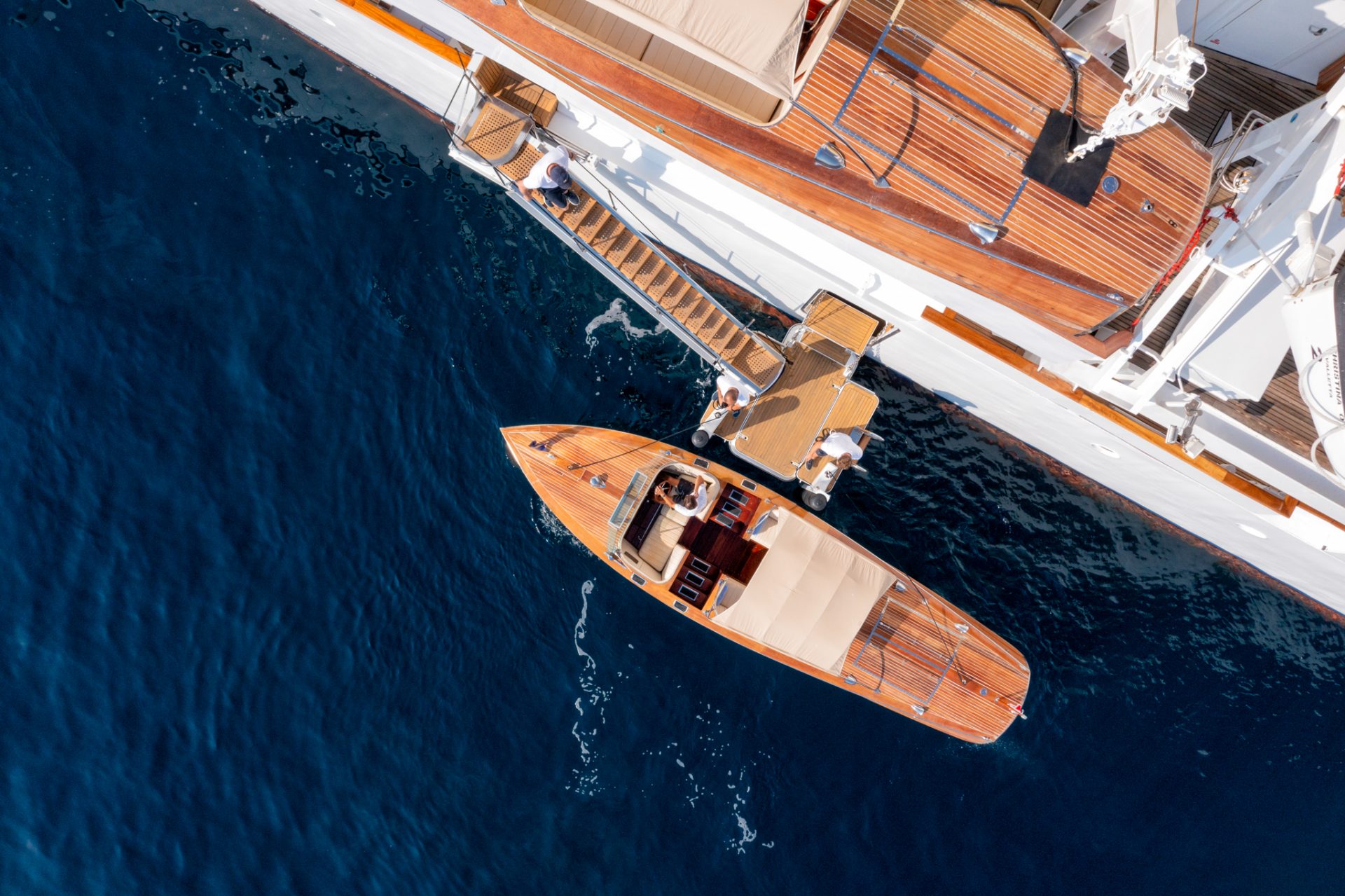 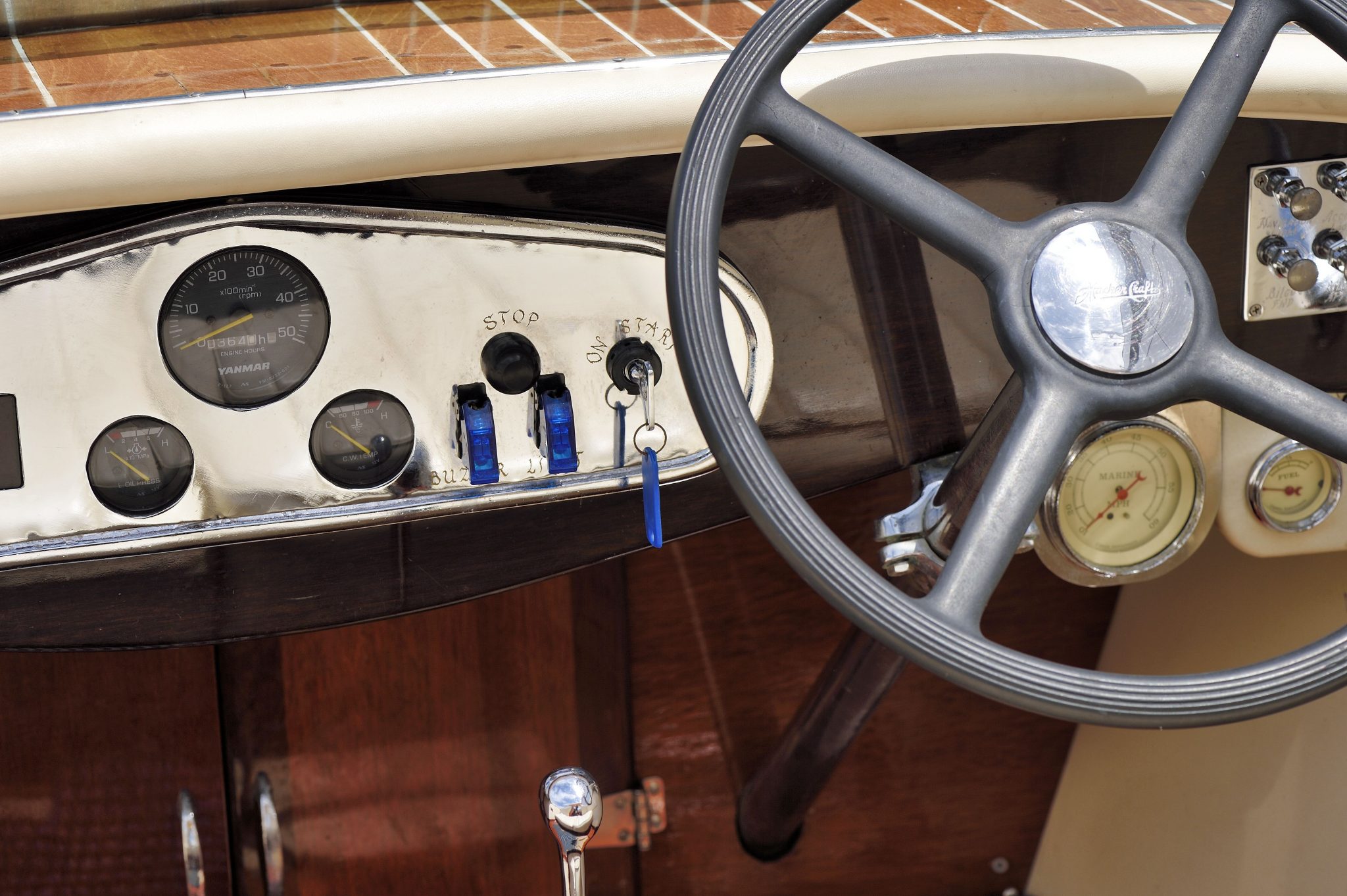 Corporate incentives, wedding anniversaries, special birthdays or just to cruise and relax with your loved ones.  With more deck space than most yachts built today, CHRISTINA O can cruise with 157 guests on board.

The elegant dining room can sit up to 42 people, 28 of which at the main table. After the party, she can accommodate up to 34 guests on board, with her 17 beautiful cabins. 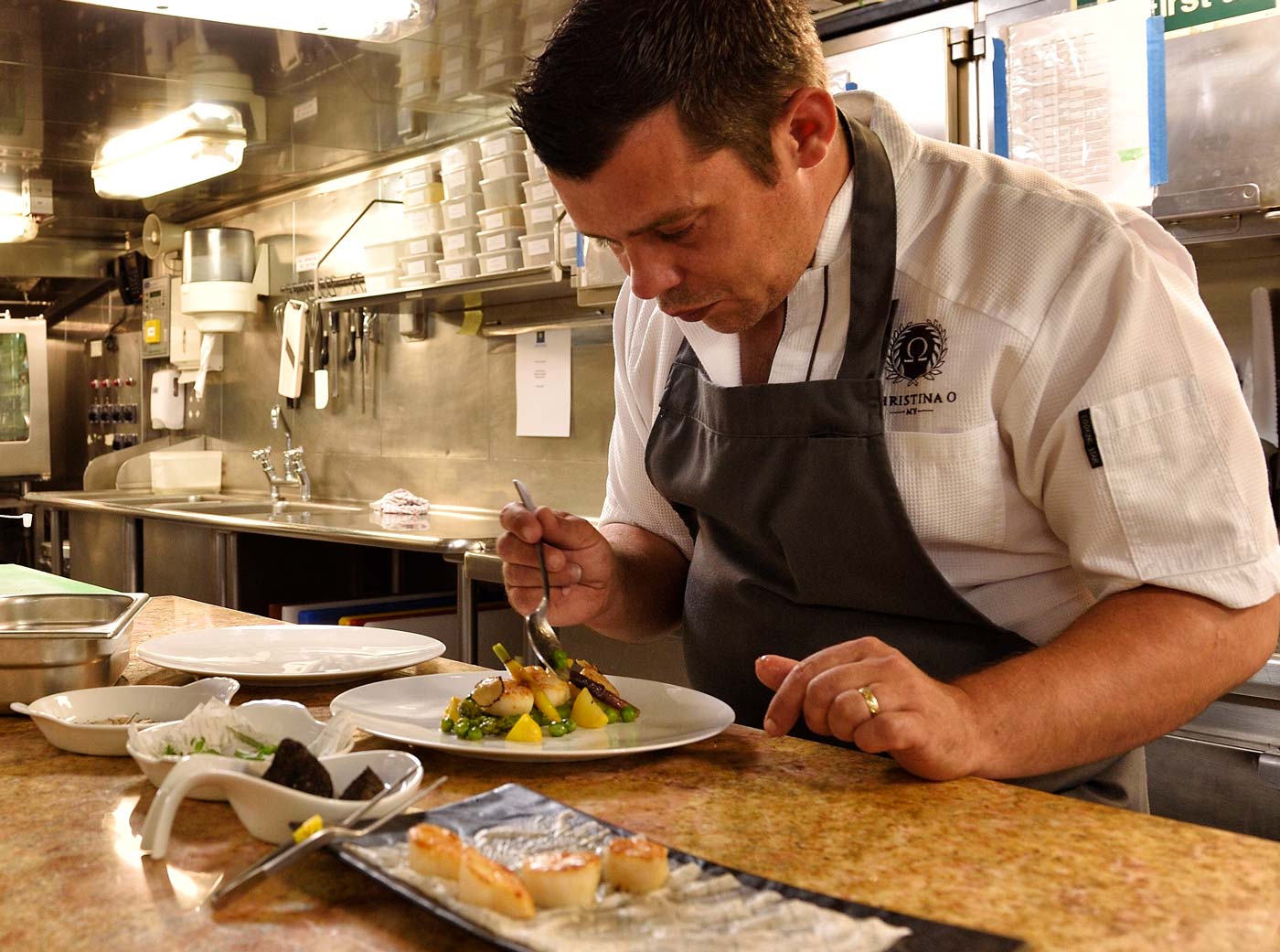 After training in some of the best Michelin star restaurants in France, French Chef Damian Perrinel joined CHRISTINA O in 2010 and has delighted his guests ever since with the most refined international cuisine. Don’t hesitate to contact us to receive chef suggestions and possible menus.

Two beautifully restored Hacker Craft will transport guests ashore in ultimate style. The yacht is extremely well equipped with tenders and watertoys, fun is part of the daily routine when chartering CHRISTINA O.

Her ability to cruise fast and overnight is a valuable asset for enjoying a wide area of coast during a yacht charter.
Morley Yachts team is at your disposal with inspirational charter itineraries from around the world and happy to help to plan yours in details.

Two full time professional spa therapists are available on board for you to enjoy a broad variety of beauty treatments and massages.
CHRISTINA O also has an indoor air-conditioned gym for you to train whenever you feel like it.
CHRISTINA O menu of spa treatments is available upon request.